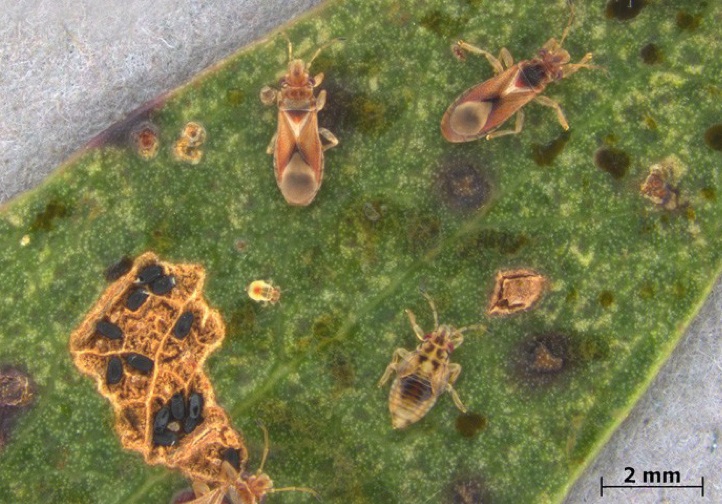 The Bronze Bug, Thaumastocoris peregrinus, continues to expand its global range, with it now being established in Italy as of September 2011 (as mentioned by Annie in the previous post) and with a more recent detection on street trees in Auckland, New Zealand (March 2012).  For its current known worldwide distribution click here.

More information on the establishment of T. peregrinus in Italy can be found here in a paper by Laudonia & Sasso in the Bulletin of Insectology, Vol 65 (1): 89-93, 2012, and in this European and Mediterranean Plant Protection Organization (EPPO) publication by the same authors.

Given the speed with which T. peregrinus has spread since the first detections in southern Africa and South America, it is likely it will also spread quickly in Europe following this initial establishment in Italy.  This is of particular concern for plantation growers of Eucalyptus globulus in countries such as Portugal, Spain and France since this species is a known host of T. peregrinus in Australia.

The detection of T. peregrinus in New Zealand is reported in Forest Health News No. 226, June 2012  and in Surveillance magazine Vol 39 (2) pp 43-46. According to the latter publication:

In New Zealand this insect may not be eradicable as it appears to be well established, and there do not appear to be any effective eradication methods. Potential next steps are being considered