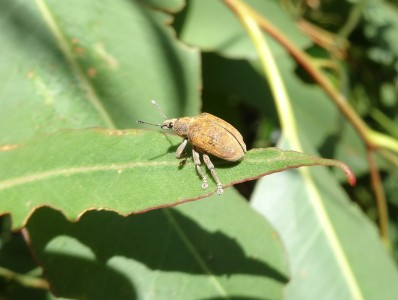 According to BiCEP collaborator Prof Carlos Wilcken, four field releases of Cleruchoides noackae have now been made in Brazil, three in the State of Minas Gerais (MG), where the most serious infestations have been seen this year, and one in Sao Paulo (SP) State.

Successful recovery of parasitoids from the field has now been recorded at 3 of the four release sites (2 in MG and 1 in SP) with the fourth site yet to be evaluated. This is very encouraging news since the releases were made under climatic conditions (high temperatures and low humidity) that are not considered to be favourable to this egg parasitoid. Further evaluations are being made during October.